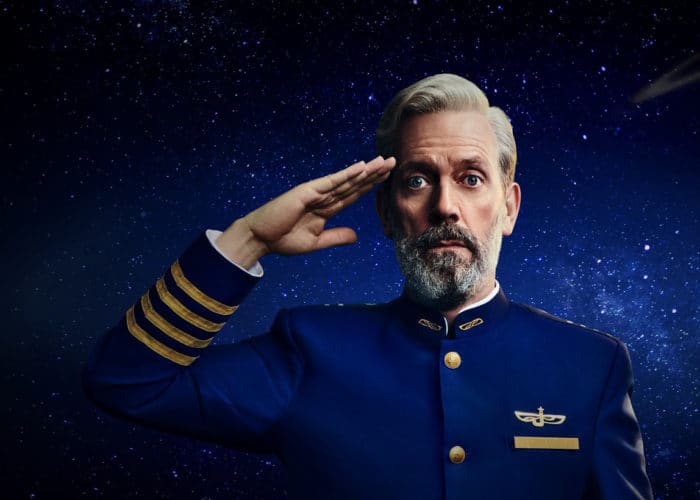 Avenue 5 is the latest big-budget comedy show from HBO and Armando Iannucci, set in the depths of space with Hugh Laurie as the Captain of the ship. A stellar cast with massive sets and tonnes of VFX; it’s unique to see such production values for a comedy series.

The Morrison Studio and Lexhag VFX worked together closely to create the opening title sequence for every episode. The Morrison Studio created the idea and provided Art Direction while Lexhag looked after the production of the sequence. Several ideas were fleshed out before the team settled on the final version.

Delivered in UHD HDR, the sequence was rendered using Arnold and composited in Black Magic’s Fusion Studio.  A solid workflow was designed from the storyboard to animatic and final renders to comp. Particular focus was spent on the surface quality of the gold letters and the layering of light flares on the V itself and broadly across the image. Everything was generated in Fusion with only CG letters and a ship supplied into the comp. A nifty added extra was introduced into the finessing where we imported the lettering animation as an Alembic and created some relight tricks built using Fusions 3D environment, utilising some smart shader set-ups and additional lights. A technique that enabled us to control edges, without having to re-render the CG lettering.