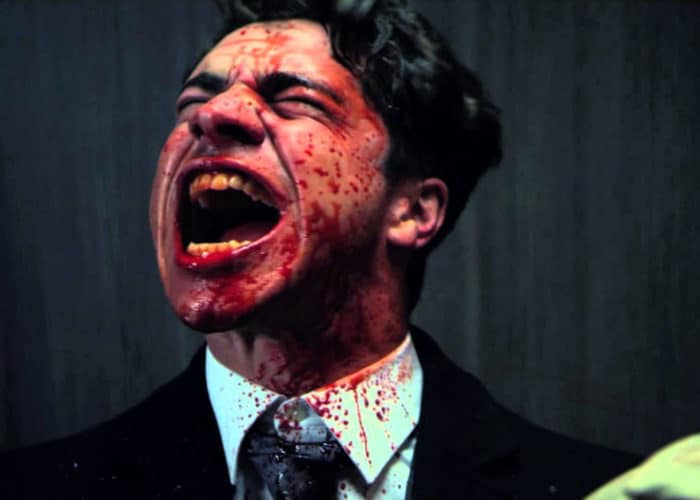 A psychological horror starring Samuel Robertson and directed by Kit Ryan, Dementamania tells the story of an office worker who finds himself caught up in a nightmarish scenario after being stung by a wasp.

Dementamania was a truly collaborative project, enlisting many creatives to advise and pitch in. Paul McGuinness provided the creature effects, Andrew Wildman acted as storyboard artist for the major effects sequences and the final title sequence was designed by Richard Morrison.