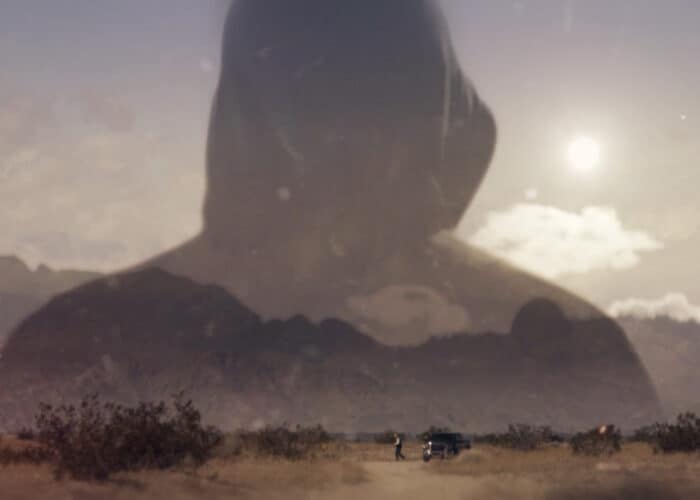 Devil Among Us tells the story of a string of murders dotted across the US, full of twisted webs of deceit and multiple narratives. October Studios came to Lexhag to produce a range of on-screen motion graphics to help present plot points clearly, concisely and in a visually appealing way. Lexhag would also develop a title sequence to set the tone for the series.

An established relationship with October Studios enabled Lexhag to collaborate closely with producers to establish the look and feel of the motion graphics and plot out the title sequence.

On-screen graphics seen throughout the series were essential elements in highlighting information about the victims and gruesome murder locations. These graphical elements included animated family trees and maps developed from real data, stylised in the earthy, organic tones of the show.

To establish the various locations beyond the animated maps, producers wanted to use a ’tilt-shift’ effect. This type of effect is produced when the foreground and background of images are simultaneously blurred. Typically, filmmakers achieve this effect in-camera using a specific lens, giving the illusion of looking at something small, such as a model. The producers tasked Lexhag with achieving this in post-production. Using stock drone footage of cityscapes and wide-open vistas, Lexhag applied the ’tilt-shift’ effect to achieve the illusion of a miniature. The 3D artist labelled the locations by overlaying place names onto the tilt-shift images.

For the title sequence, it was essential to tell an engaging mini-story and establish the tone of the series. Lexhag brought several key shots from important plot points together and applied a double exposure technique. The result of which, was the effect of ‘images within images’ that combined multiple narratives with depth and suspense.

Watch the mini reel for this work on our Vimeo page.