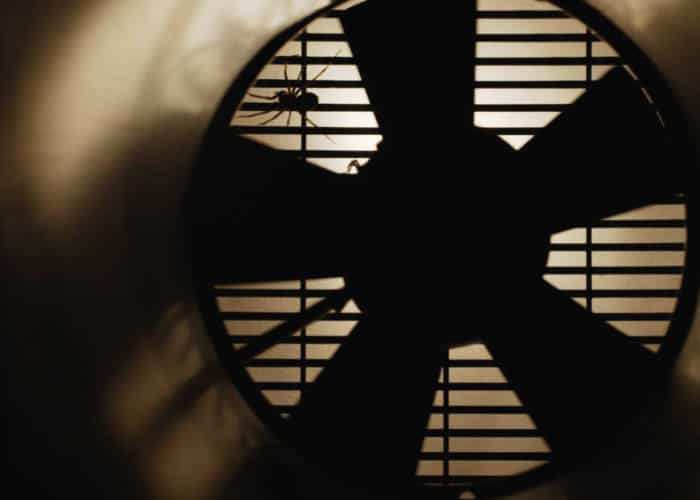 Intruders is an intense new series about encounters with animals, featuring true stories of extreme home invasions, told by the real victims. The series shows actual footage of disturbingly close encounters with the intruders, caught on surveillance cameras and cell phones. From highly venomous reptiles in the toilet, to a bear break-in while the householder is asleep, this is about the moments when Nature is an unwelcome visitor and breaches all our defences.

For Intruders, Lexhag VFX were tasked with creating a variety of CG insects where their onscreen counterparts weren’t possible. One such task was creating a swarm of termites in an enclosed corridor. To achieve the desired effect, we first had to create a 3D, animated model of the termite species in question using archive footage as reference. Once modelled, textured and animated, we then used Mash to make multiple simulations of the swarm’s moving patterns within the desired space, having to create separate simulations for each shot. These simulations where then rendered out as alembic caches and sent to the compositing department to fully integrate the swarm into the scene.

Creating a swarm of bees for an exterior garden shot required additional steps to the above. In order for the bee swarm to act naturally around an object such as a picnic table, simulations had to have the object introduced so the bees flight path would go around it instead of through it. Once this was handed off to the compositing department, further steps were taken to integrate the bees into the shot such as creating shading passes to simulate the bees going into the shadow of real life objects and, in some cases, even editing the paths of individual bees!

Due to our flexible and integrated pipeline we were able to produce the effects to a high quality and under a short time frame, creating digital effects that seamlessly blend with real life scenarios.