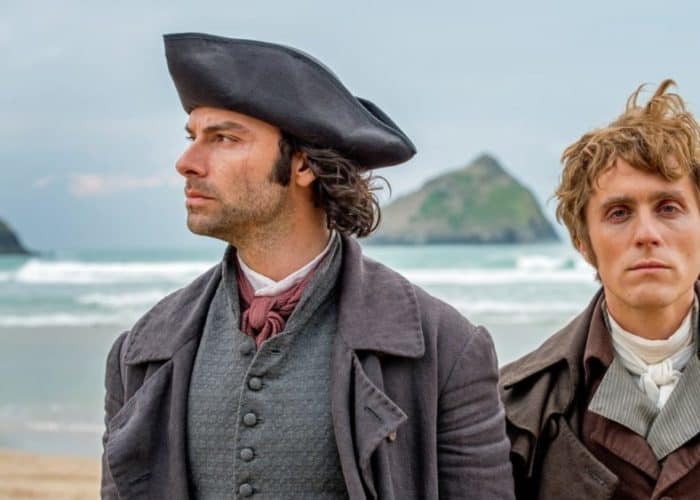 The third series of Poldark saw Lexhag working on an even bigger and better production than the previous two series. Set during the French Revolution, team Lexhag was tasked with bringing elements impossible to achieve practically to life, from a naval fleet to an entire town!

In order to create the iconic Poldark mines, we joined the production team on set to take LIDAR scans of the real-life locations which were then converted into virtual environments. Back at Lexhag HQ, these virtual worlds were used as a base to generate the mine set extensions commonly seen in Poldark.

A new challenge this series was to generate diverse weather conditions. Although not at the forefront of viewers minds, weather effects and ambiance, much like music and editing, was used as a vital aspect of the show to underscore the emotional arcs of the characters during the series. In order to create a snow blizzard, for example, Lexhag had to first procedurally generate each individual snowflake and then composite the 3D elements onto each shot. We were also tasked with creating a fully rendered CG moon for use as a pivotal plot device, something that which could not have been achieved without the use of visual effects.