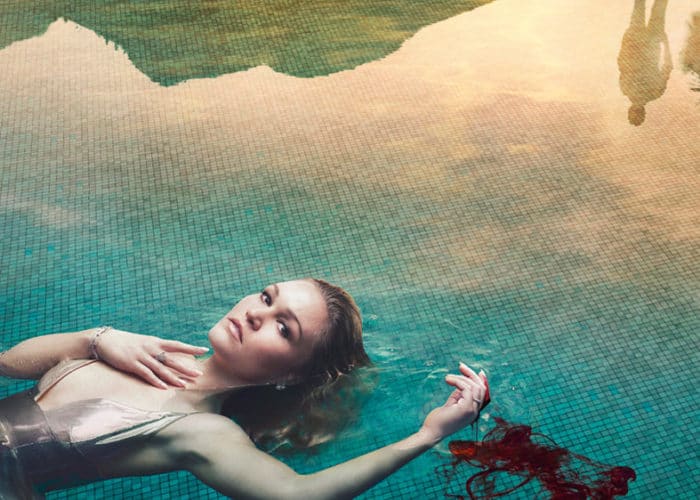 The Morrison Studio enlisted Lexhag VFX to help them create the main title sequence for Sky Atlantic’s new series Riviera. Set in the French Riviera, the show stars Julia Stiles as the wife of a successful businessman who, after his unexpected death stumbles across a dark underworld full of mystery and intrigue.

The brief from Sky for the title sequence was to capture the opulence of the southern French location whilst also conveying the inner turmoil of Julia Stiles’ character, central to the story. Creative director Richard Morrison and art director Dean Wares of The Morrison Studio, having presented various concept designs in a creative pitch process were awarded the sequence by producers Archery Pictures and Sky Atlantic. They then designed and produced the sequence, titles and logo branding using imagery directly from the show, as well as directing specially filmed footage of Julia Stiles for the sequence. The art directed material was then brought to life by the Lexhag VFX team, firstly by generating 4K plates in Fusion then applying kaleidoscopic animations, allowing each plate to seamlessly merge into each other. The aim was to provide a vivid and dynamic introduction for the show whilst also implying subtle visual motifs to the storyline. As the sequence progresses, colour tones became more muted and the imagery more disturbing.

Isabella Summers (Florence and the Machine) was brought on board by Sky to produce the title music for the show using the imagery generated by the Morrison Studio and Lexhag as inspiration. Finally, title cards were added over the background to produce the finished piece you see at the beginning of the show.

We have since gone on to produce titles for Series 2 and 3.

Watch all three title sequences on our Vimeo page here.

Find out how we evolved the iconic kaleidoscope visual for Series 3, here.