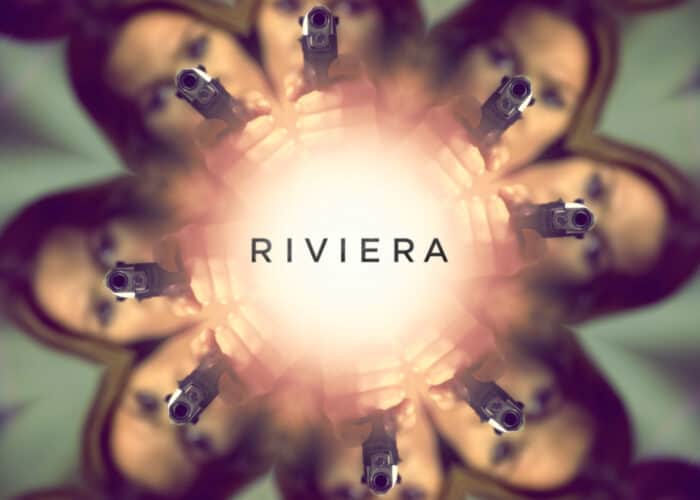 The Morrison Studio enlisted Lexhag VFX to help them create the main title sequence for all 3 seasons of Sky Atlantic’s, Riviera. Set in the French Riviera, the show stars Julia Stiles as the wife of a successful businessman who, after his unexpected death stumbles across a dark underworld full of mystery and intrigue.

The brief from Sky for the title sequence was to capture the opulence of the southern French location whilst also conveying the inner turmoil of Julia Stiles’ character, central to the story.

The art directed material was brought to life by the Lexhag VFX team, firstly by generating 4K plates in Fusion then applying kaleidoscopic animations, allowing each plate to seamlessly merge into each other. The aim was to provide a vivid and dynamic introduction for the show whilst also implying subtle visual motifs to the storyline.

The challenge, when creating a kaleidoscope with any image, is making it work in a dynamic, repetitive pattern. A single frame, when repeated in multiples of a kaleidoscope creates completely different images and patterns that are often totally unexpected.

By season 3, however, the team had developed an eye for which images would work and with the workflow honed and perfected over three seasons, the team were able to focus on the best creative output.

Isabella ‘Machine’ Summers of Florence + The Machine, produced the Riviera title music, taking inspiration from the imagery generated by The Morrison Studio and Lexhag.

Watch the titles from all 3 seasons on our Vimeo page.

See more examples of our title sequence work on Avenue 5.