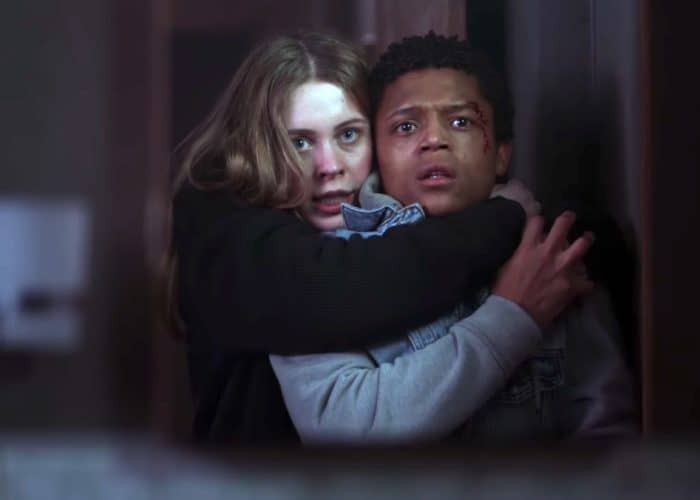 Lexhag were the first UK vendor to come on board ‘The Innocents’, Netflix’ first original 8 x 60 minute series made in the UK. The Lexhag team were responsible for the design and all of the on-set supervision in Norway and in the UK during principal photography across a 120-day shoot, Pre-vis, Tech-vis and post-viz for over 100 finished VFX shots. The story is a coming of age tale about runaway teen lovers June and Harry who find themselves swept up in a dangerous and confusing new world when June begins to display mysterious abilities.

As part of the shift conceptualization during the production process, we used photogrammetry to scan the actors playing the shape-shifting characters. The scans were cleaned and rigged, which our artists used to match their performances in order to control the broader shape changes.. Hair and cloth were developed separately; cloth was achieved in camera and grooms for Steiners beard was meticulously matched. We also developed a simple solution to growing hair, which involved projecting the plate onto a match moved groom.

Working with Asylum SFX We also designed and developed a practical solution for the changing body shapes – a computer controlled pneumatic suit that each performer could wear under their costume. Asylum created the rig so that it was possible to manipulate the fabric of the costumes that the actors were wearing so that the underlying body was actually changing size and shape during their performances.  The team designed the suit to be fully adjustable so it would fit all of the performers whatever their dimensions. It was powered by a large compressor that could inflate and deflate each individual muscle or muscle group independently within the torso and arms. The rig was used every time we had a big body transformation and gave instant, in-camera results with an old-school feeling.

Our on-set crew supervised all the shift sequences in principal photography, gathering reference material, LiDAR and photogrammetry, which was made available to all the vendors working on the show collectively in post-production. In addition, our team developed a new specialised Witness Camera set up to capture all of the shift sequences from different angles, that could be operated by a single person. We also supplied a lightweight Motion Control system, which was used to shoot a performance replication sequence with several layers. Another small feature that we made were faced templates bespoke to each actor. These had pre-drilled holes for the quick and consistent application of tracking markers to the face of each person that required a shift.

Our 2D  and 3D departments then created over 100 shots for 4 episodes of the show, including tricky rig removal shots, set extensions, graphics integration, screen replacements, matte paintings, clean-up and the creation of the full nightclub sequence as an asset to share with the other vendors collaborating on the project.

For more detailed information about some of the techniques we used please visit the articles below.

Wigs you don’t need to rent 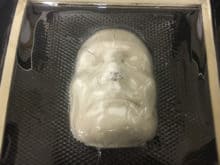