MAN IN AN ORANGE SHIRT 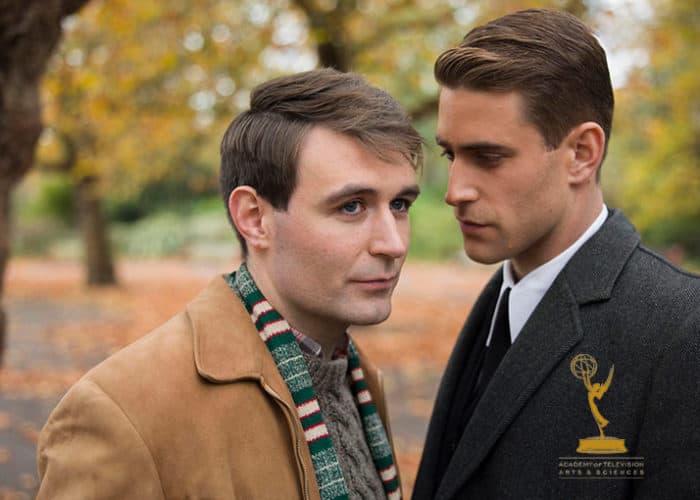 Man in an Orange Shirt wins best movie/miniseries at the 46th Emmy ceremony!! Our congratulations go out to Kudos and the production team that made it. Lexhag is super proud to have been a part of it.

As part of the Gay Britannia season, Man In An Orange Shirt charts the challenges and huge changes to gay lives from the Second World War to the present day. With both episodes of MIAOS set sixty years apart, the two-part series presented Lexhag with the opportunity to work on a wide variety of effects from creating a WWII tank to on-screen motion graphics.

One of the major challenges set by the MIAOS producers was to seamlessly turn the pristine modern London exteriors into the more damaged and disheveled look of wartime London seen in episode one. This involved a lot of in-depth research of real London locations that had been damaged or destroyed during the war and using these references to aid in the shot production process. From digitally removing whole chunks of modern buildings and replacing them with bomb damage to removing modern graffiti and road signs.

One of the main hero shots seen in episode one was an establisher of the Italian landscape where the main protagonists met. With MIAOS shot entirely in the UK, Lexhag had to digitally remove the British countryside and replace it with an Italian one. To achieve this, digital matte paintings of the Italian landscape where created and then composited into the background. To create the foreground elements, digital trees where modeling in 3D and integrated into the shot.