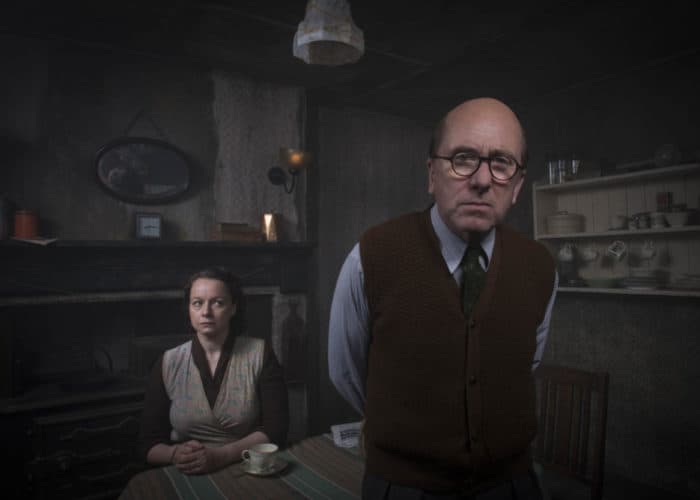 BBC’s Rillington Place is a three part series telling the story of one of Britain’s most notorious killers. Starring Tim Roth and Samantha Morton, it’s probably one of the darkest and most gripping shows we’ve worked on.

Our workflow was different to anything we’ve completed before. Everything was shot on location outside London but the streets needed to look like Notting Hill in the 40’s. A few production meetings later, the Art Department and Lexhag VFX bonded and formed a brand new crossover solution!

In order to create the upper stories of the buildings, Lexhag worked with the Art Department to create a giant PBU (Photo Blow Up). We created the stories in CG, then we sent it to print on a giant poster, not unlike a backdrop for a theatre stage. The beauty of this PBU was that it would look realistic enough in many shots, minimising the amount of VFX work. It also gave us real reflections in on windows, cars and wet downs.  The full height structure, on which the PBU was attached, acted as a big flag making the street feel dark and gloomy, like many terrace streets did.

For wide shots when both sides of the street could be seen, we knew we’d be replacing the stories with CG utilising the asset we created for the PBU. Lights and reflections on the on the upper level glass added to the realism.

An impressive fact about the PBU, is that it was 85,000 pixels wide!