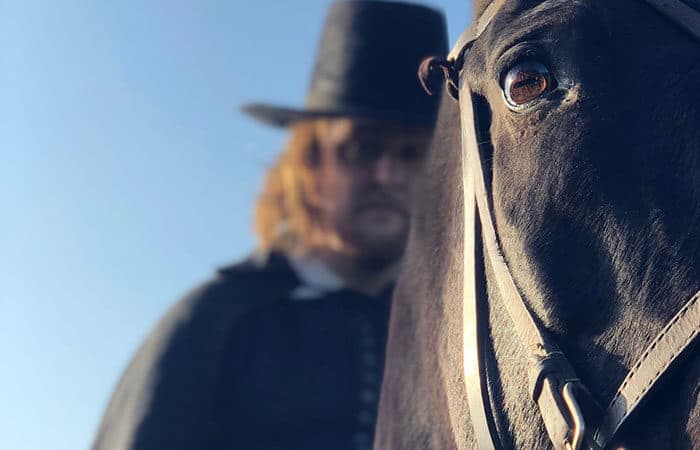 The Witchfinder is an original six-part comedy coming to BBC Two starring Tim Key and Daisy May Cooper. A failing witchfinder transports a suspected witch across 1640s East Anglia to a trial that could change his fortunes forever. But his captive is the worst possible travel companion: an inquisitive, uncouth woman whose ability to prick his pomposity and ask uncomfortable questions turns a straightforward journey into a life-changing ordeal.

The Witchfinder is created by Neil and Rob Gibbons, the writers and directors of This Time with Alan Partridge.

See more of our recent work.