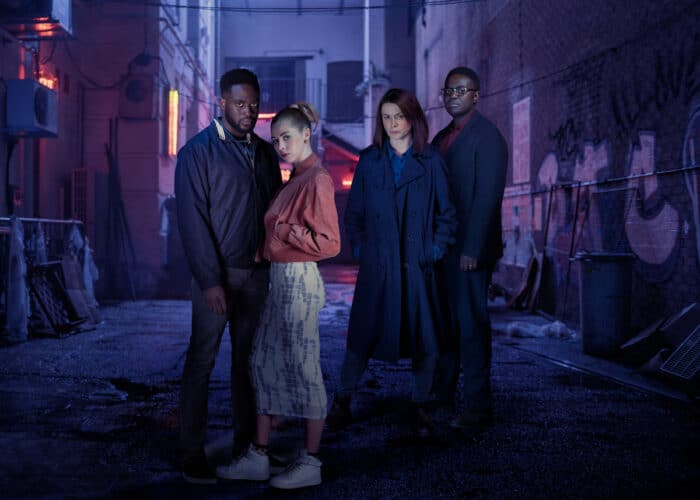 In this bold, six-part cat and mouse psychological thriller, we see two star-crossed killers damaged, dangerous and fuelled by the darkness in each other, pursued by two dysfunctional detectives. At times romantic and sometimes funny, it’s a gripping new drama with complex characters and a punchy storyline.

In the first episode, we see Baba, a former child soldier desperate to suppress his predisposition for violence, rescue Freddy, a magnetically charming free spirit, from an attack during a bad date. Look-out for the standout shot that was carefully crafted for the most gruesome impact.

We produced a sequence of shots for the series and attended set to supervise some of the bigger elements.

Read our Making Of article for the breakdown of a gruesome scene in Episode 1.