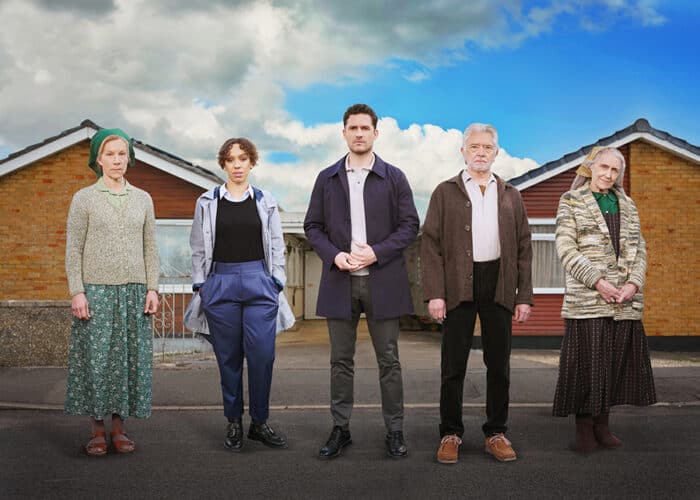 Working with the producers of Vigil, Lexhag produced a number of hero visual effects shots for ITV’s, The Long Call. The new four-part drama is based on the novel by award-winning crime writer, Ann Cleeves, creator of the iconic Vera and Shetland series.

Along with paint out & cleanup work, the client tasked us with generating several CG seagulls that feature prominently as plot points in the show.

Creating accurate motion and flight dynamics of the seagulls were key in producing shots indistinguishable from the real thing. We undertook a number of animation passes to refine the seagull’s movement. First, we generated layout versions for each shot to sign off the position and size of the birds. Then, once the overall layout was approved, we worked on refining animations to sell each wing flap and match the bird’s natural course correction; this was vital to delivering a realistic effect. After the animation was complete, we lit and rendered the CG birds in 8K using our AWS cloud infrastructure. The final stage was compositing the CG elements and adding effects such as motion blur to fully integrate the birds. This produced an invisible VFX shot that read as the real thing.

One sequence required CG sky replacement. The challenge was to match shots captured in full sunlight to a scene in which it was overcast and raining. For this sky replacement, we used a traditional DMP workflow in which we separated the bright blue sky from the foreground elements using the bright blue as a key. Then, we integrated stock imagery of a stormy sky into the shot before applying subtle animations to multiple layers to make the clouds drift across the frame and motivate the stormy weather in later shots.

See more of our work for ITV here.